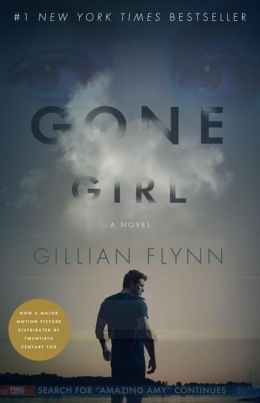 So I read Gone Girl. As usual, it was by chance (is that an oxymoron, btw?). I had just downloaded the Aldiko E-book reader and wanted to try it out and the only epub file I had with me was this one. So I just loaded it to check, and boy, was it incredible!

Gone Girl, the 3rd of Gillian Flynn’s works (each “darker” than the previous, according to the reviews I’ve skimmed through), is the story of Nick and Amy Dunne, a painfully beautiful and charming couple who had a romcom-ishly perfect courtship and marriage only to realise that they are, basically, two psychos. Seriously. There is no other word for it! Now I’m not going to go into the plot because I’m pretty sure half the world have seen this movie and been adequately scarred for life. At least I was.

Truth be told, the reason I decided to watch the movie (back then, I had no idea it was an adaptation of the book) was mainly because I had a crush soft spot for Ben Affleck. So I started watching the movie in my usual I-am-watching-and-playing-game-and-fiddiling-on-my-phone mode. I wasn’t really into it. Sure, there was a bunch of stuff happening on screen but I wasn’t…hooked, you know. Heck, I didn’t even understand half of what was going on! What made me sit up was seeing Neil Patrick Harris on the big screen (Pretty sure you are starting to sense a pattern here). And in a bit, The Boy Met The Girl and all hell broke loose. In other words, I got mindblown.

To say that the story is a disturbing one would be like saying Messi is a footballer or gulab jamun is a sweet – diabolical would be more appropriate, especially since the Doer-of-All-Evil is a woman. Yes, I know how that sounds. But you have to remember that we, as a society, have it ingrained in our mind that women are essentially sweet and delicate and incapable of planning, much less seeing through, incredibly and intentionally evil schemes. But that is exactly Amy does. And this is, by far, the most contradicting-ly feministic and misandristic blur of a book I’ve ever read. For instance, Amy, while waiting for the news on television about ‘how her cheating, lying, scum of a husband killed her’, makes the following observation:

It is said so casually, in so wry a tone that you can’t help but chuckle. That, I feel, is the power of this book. Flynn has constructed a good-on-paper-but-not-so-much-in-real-life situation which, thanks to the characters, seems not unoccurable.

And to be honest, I loved reading the book. Nick and Amy take turns narrating the story and as in real life, their versions of it are conflicting. He sees the rainbows, she sees the rain. He sees the spilled flour, she sees the cake. Life as it is. But more than just characters and premises, what grips you (with a bit of dread, if you will), is the idea of how easy it is to manipulate reality. It’s a bit like Inception – only that it is real and unpleasant and detailed to a fault. As Joshua Rotham wrote in The New Yorker, ‘Gone Girl is fascinating because it gets at what is unsettling about coupledom: our suspicion that, in some fundamental sense, it necessarily entails victimization. Just as Fight Club showed that manliness and violence were imaginatively inseparable, Gone Girl raises the possibility that marriage and victimhood are inseparable, too. In real life, this is a widespread suspicion, sometimes justified, sometimes not. Gone Girl has resonated for a reason. It has found a creepy, confused, and troubling part of us, and expressed it.’

Or as Nick puts it (in simpler words),

“There’s a difference between really loving someone and loving the idea of her.”

Suffice to say that this is the first book that I’ve read in a long time (and by that I mean a VERY long time) that I’ve read with an intensity reminiscent of my fervent-bookaholic days.